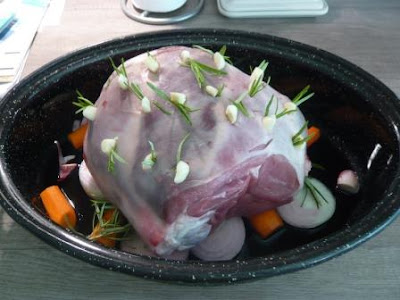 Ultimate weekend we treated ourselves to a leg of lamb.

It used to be a last minute concept to do sluggish roast shoulder of lamb for Sunday dinner then again when Nick received to the butcher’s retailer past due on Saturday afternoon, the person in front of him bought the overall shoulder joint.  There were a couple of leg joints left so he picked the smallest which weighed about 2kg.

It’s interesting to suppose that when I used to be a baby my mum would get ready dinner a shoulder of lamb maximum Sundays because of it used to be probably the most reasonably priced joint she would possibly acquire.  Beef used to be an occasional maintain and we now not incessantly had a joint of pork because of she may just now not have the funds for it.  The only pork we most often had used to be skirt or shin pork made proper right into a delicious pork stew.  Chicken used to be served only for explicit occasions, just a few events a 12 months for Christmas, Easter and most often Monetary establishment Vacations.  How problems have changed.  Chicken is now an regularly meal and lamb is a maintain. 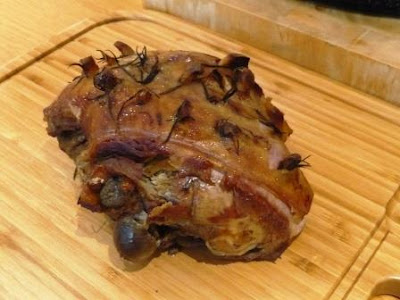 We studded the lamb joint with some garlic cloves and sprigs of rosemary and cooked it for roughly 5 hours, and then it used to be juicy, soft and fell off the bone.  Delicious.

The next question used to be – what to do with the leftovers? 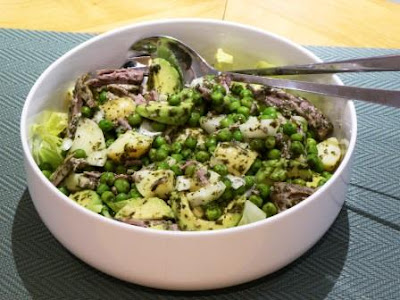 I would possibly most often make shepherd’s pie with leftover lamb then again this time there used to be moderately a large number of it, more than for just one pie.  One different favourite is “Sunday dinner pie”, where the entire leftovers, in conjunction with the veg and gravy, are installed a pie dish beneath a pastry lid and baked inside the oven.  Unfortunately we had eaten the entire veg, the gravy used to be destined for the shepherd’s pie and the only other issue left used to be a small dish of new(ish) potatoes.  So I settled down with a mug of coffee and a pile of my get ready dinner books to seek for ideas. 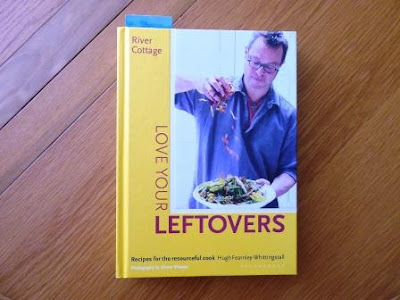 This River Cottage guide used to be a present purchase from a charity retailer (where else?) for merely £1.

In this guide, among the ideas for leftover lamb there used to be a recipe for lamb salad.  We don’t most often have salad inside the evenings, Nick in particular being a “salad for lunch, sizzling meal inside the evening” form of traditionalist.  I decided to move wild and make the salad, or at least a variation of Hugh’s recipe.  Principally it used to be a pile of lettuce, the potatoes covered in mint sauce, lamb and peas.  Delicious.

2 kg joint of leg of lamb

1 glass of crimson or white wine

1 pint of lamb or pork stock

Peel the onion and carrots and slice thickly.  Put them in one layer in a roasting tin with a lid.

Stab the joint numerous events to make slits inside the pores and pores and skin.  Tuck peeled cloves of garlic and small tufts of rosemary into each slit and take a seat the joint at the veg.  Drop the remainder unpeeled cloves of garlic into the tin beside the beef and lay a couple of twigs of rosemary over the top.  Pour the wine and stock into the tin, season with salt and pepper.

Put the lid on and get ready dinner inside the oven at 140 Fan for roughly 5 hours until the beef is soft and cooked by way of.  Remove the beef from the oven and from the tin and leisure on a board, covered in foil to deal with warmth, when you are making the gravy inside the roasting tin.

Serves at least 8, with veg, gravy and mint sauce.

3/4 of a romaine lettuce (or any other you favor), shredded and washed

strips of cooked leftover lamb from the joint, as many as you wish to have in keeping with urge for meals

Pile the washed, shredded salad leaves into a large bowl.

Put the potato chunks proper right into a small bowl with the mint sauce and stir until the potatoes are covered inside the sauce.

Scatter the peas, potatoes, lamb, avocado and onions over the salad leaves, season with salt and pepper, upload some chopped herbs if using, toss flippantly and serve with chunks of bread.